The Kirk Gibson Foundation for Parkinson's today announced a partnership with Blue Cross Blue Shield of Michigan and the Michigan Parkinson Foundation. The support was inspiring and the attendees were fabulous! We'd like to thank everyone again for helping us put on such a wonderful event for such a positive purpose! 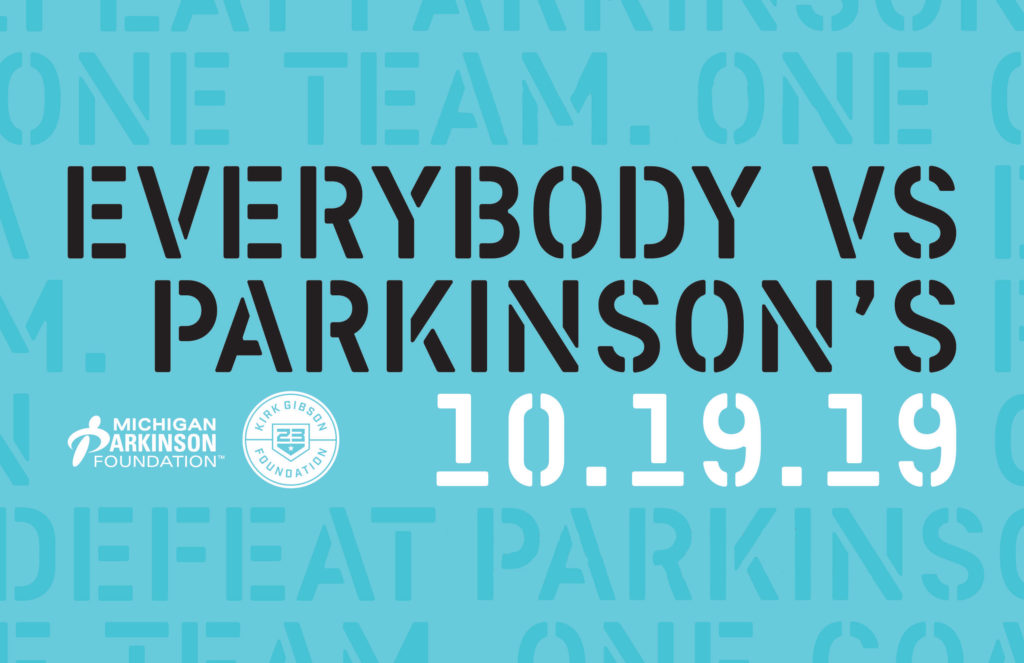 FOUNDATIONS TEAM UP TO TAKE ON PARKINSON'S

The Kirk Gibson Foundation for Parkinson's today announced a partnership with Blue Cross Blue Shield of Michigan and the Michigan Parkinson Foundation.

** Update **
The support was inspiring and the attendees were fabulous! We’d like to thank everyone again for helping us put on such a wonderful event for such a positive purpose!

For those interested, we have included some links to coverage of the gala below.
From C&G News

The partnership aims to increase awareness of Parkinson’s Disease (PD) and fund clinical research seeking to find a cure for PD through a unique approach – collaboration, cooperation, and teamwork.

Detroit Tigers great, Kirk Gibson, was diagnosed with early onset PD nearly three years ago and has dedicated his boundless energy to the cause ever since. “It’s like a hand in a glove, the way the Foundations fit together”, described Gibson, referring to the alliance between his Foundation and its newest teammates. “It’s my dream team. My dream? Defeat Parkinson’s. Together, we can do it.”

The partnership encompasses a year-long campaign and series of events that will bring awareness and support to the PD community. Last year, over 1.2 million dollars of funding, raised under a similar collaborative effort, was shared with Michigan hospitals and research laboratories.

The Michigan Parkinson Foundation (MPF), founded 36 years ago, directs its resources to caring for the 30,000 Parkinson’s patients and their families here in Michigan. Educational initiatives for families and caregivers, financial aid for medical assistance, subsidies for in-home respite care, organizing seminars for the medical community and facilitating 700+ support group meetings at 74 locations in Michigan represent some of MPF’s ongoing programs.

Michigan Parkinson Foundation’s chairman and Detroit auto dealer Jeff Laethem experienced the work of the MPF first hand, when his father, Ray, was diagnosed with early onset Parkinson’s. The Foundation’s work on behalf of his dad and the family haven’t been forgotten.

“What an opportunity this represents for the two Foundations to work together as one,” said Laethem. “I call them Team Cure and Team Care. We are one team. We have one goal.”

Serving as Executive Chairs for this fall’s fundraiser—the culmination of the Foundation’s partnership — “Everybody versus Parkinson’s” are Dan and Amy Loepp. Mr. Loepp is President and Chief Executive Officer of Blue Cross Blue Shield of Michigan.

Like Gibson and Laethem, Mr. Loepp has also experienced the reality of Parkinson’s in his life. Five years ago, his father, Robert, died from complications from Parkinson’s.

“Amy and I are proud to support these two extraordinary Foundations and bring awareness to Parkinson’s, a devastating disease that has impacted so many families, including mine,” said Loepp.

The Gala evening is planned for October 19, 2019, at the Motor City Casino. More details will be announced as plans are finalized.

Kirk Gibson and Jeff Laethem are available for an interview. For more information or to arrange an interview please contact:

Blue Cross Blue Shield of Michigan, a nonprofit mutual insurance company, is an independent licensee of the Blue Cross and Blue Shield Association. BCBSM provides and administers health benefits to more than 4.6 million members residing in Michigan in addition to employees of Michigan-headquartered companies who reside outside the state. In 2018, Blue Cross Blue Shield of Michigan received the J.D. Power Award for “Highest Member Satisfaction Among Commercial Health Plans in Michigan.” For more company information, visit bcbsm.com and MiBluesPerspectives.com.